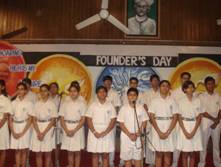 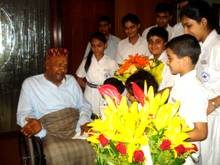 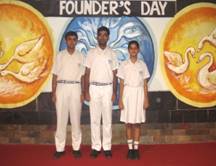 Founder’s Day was celebrated on October 5, 2009. This year was very special as it was the 90th birth anniversary of our respected Chairman Sir. A special prayer in Sanskrit was recited for the long life of Chairman Sir. The Principal gave a presentation on his life and his determination to succeed inspite of the hurdles he encountered along the way.

The Vice Principal read out a message sent by Madam Sushma Berlia. The assembly included a Hindi skit and an English skit which focused on the will to succeed. The Dr. Stya Paul Awards for Human Values were given away to the recipients on the day. The recipients included Anmol Sehgal, Karan Sherawat and Jitin Kohli.